Is The Insanity Defense Obsolete? 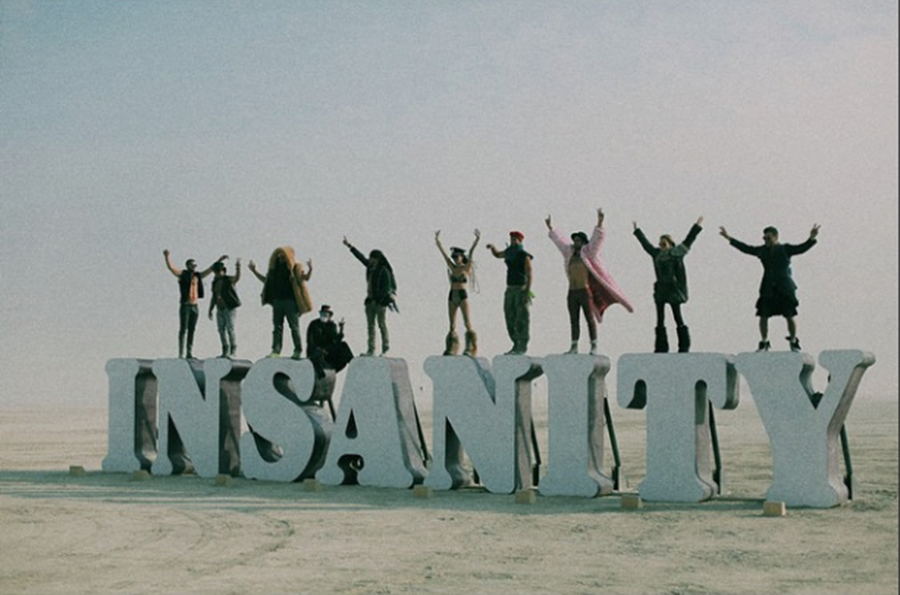 The Decline, Fall and Possible Resurrection of the Insanity Defense 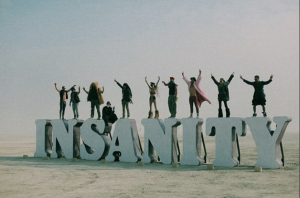 Thus, men who have killed in response to compelling paranoid, hallucinatory commands, or new mothers who have drowned their infants while in the throes of a florid post-partum psychosis are all too routinely found guilty and sane in the face of unified testimony provided by able, well-qualified defense experts. This may occur even when the state elects not to present (or perhaps cannot even find) experts to support its position.

True, were the offense a misdemeanor and the defendant more a nuisance than a threat, the state might well stipulate to his non-responsibility; adjudicated NGI at a bench trial, the defendant would then most likely be quietly remanded to an appropriate mental health facility. Justice is served and served humanely.

But were the offense a violent felony and the insanity defense the defendant’s only shield, conviction and imprisonment are near certainties. In short, the insanity defense remains largely of historical importance for its having served as midwife to the birth of forensic psychiatry a century and a half ago. But 21st century jurors are unpersuaded.

Even when clinically well justified, why does the insanity defense succeed so rarely? 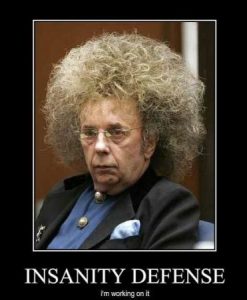 Having had numerous opportunities to query sanity phase jurors who had arrived at clinically insupportable verdicts of guilty and sane, I found their reasoning (or lack thereof) pursued at least one of three pathways: (1) the jurors did not understand the degree to which a psychotic illness can propel an otherwise law abiding individual into an alternative universe wherein an utterly unjustifiable act can be perceived as not only reasonable but even a public service; (2) the jurors were unable to connect (or defense experts failed to connect for them) the defendant’s illness with his inability to grasp the wrongfulness of his acts; or (3) the jurors concluded that though the defendant was wholly irrational at the time of his crime, this emotional instability rendered him all the more dangerous and thus an ideal candidate for the most punitive and enduring sequestration possible

Accordingly, in courtrooms across the country the NGI phase of a criminal trial typically unfolds as follows:
When a psychotic or allegedly psychotic defendant seeks to utilize an insanity defense, the prosecution will often begin by conceding (however grudgingly) that the accused may have suffered a diagnosable mental illness; but nonetheless, at the time of his offense, “the defendant knew what he was doing and that it was wrong.” The state can be relied upon to take this position irrespective of how floridly disabled the defendant may have been. The defense is typically prepared to respond with impressive clinical evidence documenting how thoroughly deranged the defendant was when he broke the law.

The essence of the state’s case is readily apparent in the predictable course of its traditional cross-examination of the defense expert: the prosecutor will repeatedly confront the witness with supposed “rational” motives for the defendant’s crime, e.g., that he went on a murderous rampage “because he was upset and angry with his girlfriend;” or “because he’s always had it in for the police;” or “because he was angry with his parents always telling him what to do,” or “because he was upset over being fired,” etc. In my experience the trier often finds these “explanations” both reasonable and persuasive, leading inevitably to a verdict that defendant is legally sane. (Whereas In fact, he engaged in “senseless” violence because he was psychotic.)

Let us now outline in some detail the prosecution’s approach along with rejoinders I have found  to be both clinically supportable and tactically effective, thereby restoring some balance to this inequity. The cross-examination typically begins with the prosecution conjuring up a scenario in which the defendant, however mentally disabled, nonetheless acted in a sane and knowing manner and for what he believed were good reasons.

My response:
“I would agree that every psychotic individual who does terrible things has his ‘reasons,’ however bizarre. Therefore a critical component of the forensic psychiatric examination is to ascertain if these reasons are in fact sane, or instead, part and parcel of the defendant’s mental illness.

“In my opinion, no sane man would find any of your suggested explanations a justification to kill. This taking of innocent lives – the killing of several people the defendant didn’t even know, let alone be in conflict with – is not the act of a sane man. The very inappropriateness of his conduct is itself proof of psychotic mind.”

The prosecution will then seek the expert’s concurrence with the reasonable proposition that being psychotic does not render one incapable of ordinary, very human feelings of anger, humiliation, and rage, that even someone with a mental illness can nonetheless commit a crime for routine criminal reasons and for which he bears full moral and legal responsibility.

This line of questioning opens the door to defense testimony that:
“Yes, psychotics like everyone else can be prone to human emotions and yes this would include anger, jealousy, greed, and so on. But so often, if they get angry it’s at imaginary things. Or they get angry with the wrong person, and – most important – for delusional rather than for reality-based reasons. And clearly, such was the case here.”

Sitting in the witness box I have the opportunity to watch the defendant to see if there is something about his courtroom conduct that might provide an in vivo concrete illustration of my abstract testimony.

Thus:
“I believe we would all agree that laughter is a universal, normal human function, and in fact, psychotic individuals have also been known to laugh. In fact, you’ll notice the defendant has been
“smiling broadly since I took the stand. But people with the defendant’s affliction smile and laugh at things that are not the least bit funny, further evidence of cognitive impairment rather than a sense of humor. Likewise, they can be relied upon to express anger in a comparably psychotic way. A rational person might address his grievances by having them out with the source of his anger, and in a proportionate manner. Only a psychotic individual, whatever his deluded motivations, would discharge his anger lethally and at a handful of people who played no part in his real or imagined insult.”

Next the prosecution will typically move on to assert that psychotic or not, the defendant still knew right from wrong. “Is it not a fact that he ran from the crime scene, attempted to hide in the closet, etc.”

“I would acknowledge that there are indeed many psychotics who retain at least a few bits and pieces of who they used to be and what they believed before developing a psychosis, e.g., ‘it is wrong to kill.’ If somehow you could stop a schizophrenic like this defendant in the very midst of a violent delusional act and ask him if he can recite the first of the Ten Commandments, he might be up to it, but being psychotic, his behavior is no longer guided by the moral principles he most likely honored prior to his psychotic break.

“That is, when an individual ‘loses his mind,’ among the firs things lost are the fundamental precepts by which he has always lived – a basic element to his personality structure prior to illness. Once stricken, he leaves his usual world for a chaotic dark universe where ordinary rules of conduct no longer apply. Even if retaining some residual knowledge as to what those rules of his childhood were, he no longer has access to them; thus, they have lost their capacity to influence, let alone govern his behavior. What he may have been taught years ago in Sunday School or at his mother’s knee no longer drives either his thoughts or his conduct: he has now become slave to his cognitive distortions. And just as his paranoid delusions give rise to his “reasons” for doing what he does, they also override the moral, rational parts of him that would otherwise be called upon to give pause, that might have enabled him to take a step back and say, ‘Whoa, what the hell am I doing?’ Normal individuals go through life relying on a system of psychic checks and balances, of reflexive impulses tempered by reflective brakes. Tragically, this defendant lost his braking system along with many other higher mental functions.”

In his closing arguments, defense counsel would do well to remind the trier that the legislatures and Appellate Courts of all the fifty states have seen fit to establish a comprehensive mechanism by which we are to now judge people who have committed criminal acts because they are psychotic. These legal tests stand apart from those used to assess all other defendants. (In most jurisdictions the standard for assessing the guilt of such a defendant takes the form of the McNaughten formula. Ibid The Insanity Defense: Statute Compilation. S66-S76.)

That is, our legal system knowingly treats the mentally ill offender differently than those offenders who knew full well what they were doing and who harbored garden variety, self-serving, nefarious but still plausible reasons for breaking the law – revenge, money, jealousy – in contrast to the “motives” of the psychotic offender who breaks the law “because the voices ordered me to do so,” or “I was carrying out the will of God.” It falls to those who themselves posit a mental defense to show how and why a particular defendant meets the test for this special consideration.

In summary, it is the rare insanity trial wherein the defense fails to establish that the defendant was mentally disabled. What is often missing is testimony explicitly countering specious and clinically unsupportable prosecution claims that this incapacitating illness nonetheless left the offender free to execute a criminal act out of reasonable self-interest, despite knowledge of its wrongfulness. The defense must demonstrate that the offender’s motivation was anything but reasonable, that his so called “justification” was part and parcel of his disability, an altered mental state in which the capacity to apply societal standards of right and wrong has been lost or greatly distorted. Finally, a successful insanity defense is one which makes clear to the trier that the defendant would commit an insane act for a sane reason itself makes no sense.